The whole world can‘t be wrong

Posted by Morah Nitza on August 21, 2015
Posted in: Ancient Hidden Texts. Tagged: Fear not, His Commandments, His Congregation, Kingdom, little flock, Messiah, Prayer Book, Satan has his ministers in those churches, Satan the devil is the arch deceiver, The Scripture Book, The whole world can‘t be wrong, thou shalt love thy neighbour as thyself: I am YHWH.} Yahusha renewed that Torah in our hearts.

When I first started studying about Yahuah’s Word, the first thing I said, {the whole world can‘t be wrong}
Unrecognized and discounted as a cult or fringe sect on the edge of supposed Christianity, the Congregation of YHWH has endured every trial and every storm it has faced.

For nearly 2,000 years almost everyone has been looking in the wrong place for YHWH’S Congregation. The true Congregation was called out of this world—out of its religions, creeds, customs, beliefs and traditions of man. The word translated throughout the New Testament as “church” comes from the Greek word ecclesia, meaning to be “called out”—and Yahusha’s Congregation has come out of the world. And this has made it more difficult for traditional historians to locate it. Unlike historians within the Congregation, they simply did not know what to look for.

Since the Scripture Book {Bible} states that the entire world is deceived (Rev. 12:9), blinded (II Cor. 4:4) and cut off from YHWH (Isa. 59:1-2), it is evident that civilization as a whole could never be greatly influenced by the truth or by the true Congregation that always strove to uphold it. This helps explain why so few would become converted in this or any other age. In fact, it is evident from just this next passage that the true Congregation of YHWH would never be large. Notice how the Messiah addresses His Congregation in Luke 12:32: “Fear not, little flock

; for it is your Father’s good pleasure to give you the kingdom.”

The respected and accepted churches of this world are so because they teach the popular doctrines and traditions, familiar to the masses. By no means could any of these well-known denominations of professing Christianity be considered a “ little flock.”

Instead, many of them are comprised of millions, or even hundreds of millions of converts and adherents.

But all these churches can’t be wrong can they? But this whole world is in tune with the very mind of the Adversary the devil (Revelations 12:9 And the great dragon was cast out, that old serpent, called the Devil, and Satan, “which deceiveth the whole world”: he was cast out into the earth, and his angels were cast out with him

There are many sincere Seventh-day Adventists that have placed the writings of Mrs. E.G. White on as equal with the BIBLE!, how different is that of the Pope?

Satan has gone to great lengths to deceive the world about who mankind really is and what mankind’s ultimate destiny is.

The Scripture Book clearly teaches that if something isn’t of YHWH, it is from the Devil. Satan the devil is the arch deceiver.

Satan the devil is described as that great serpent who “deceives the whole world” (Revelation 12:9), and Yahusha the Messiah clearly prophesied that the time of His second coming would be in a time of mass confusion, deception, delusion and spiritual darkness!

The Congregation was infiltrated during the first century with another religion/gospel. Many false teachings and false churches under the name of “traditional Christianity” arose. As YHWH reveals in Revelation 12:9
{The synagogue of Satan would be any building, congregation or “house of study” which teaches lawlessness, claiming to worship in truth in Torah as Torah teaches, but not teaching and practicing His Commandments, This shows us who is of this synagogue of Satan. {Easy to spot them} They claim to love, but it is with a worldly love, how can that be…the world loves its own…the world hated Yahuhsa, the world denies him by denying His truth…The proponents of this gospel practice, lawlessness is called grace, and accepting lawlessness is called love…While Yahuhsa SAYS if you love me you will keep my COMMANDMENTS…but these people think there are only two commandments to keep…Love Elohim and Your Neighbor, NOT knowing what they are doing is quoting Shema…found in the OT.. 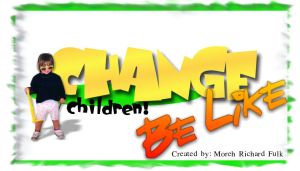 1. At that moment the disciples drew near to Y’shua and said, Who indeed is the greatest in the Kingdom of Heaven?

2. And Y’shua called a child and made him stand in their midst.

3. And said, “Truely I say to you, that unless you change and become like children, you will not enter into the Kingdom of Heaven.

4. He therefore who humbles himself like this child, he will be great in the Kingdom of Heaven.

5. And he that receives one like this child in my name receives me.

6. And anyone who harms one of these little ones that believes in me, it would be better for him that the millstone of a donkey would be hung on his neck and he be sunk into the depths of the sea.

7. Woe to the world because of offenses. It is neccessary for offenses that should come, but woe to the man by whose offenses come.

8. And if your hand or your foot causes you to stumble, cut it off and cast it away from you. For it is better to enter into life lame, than while you are maimed, while you have two hands or two feet to fall into the fire that is everlasting.

9. And if your eye causes you to stumble, pluck it out and cast it away from you, for it is better with you that with one eye you enter into life than while you have two eyes to fall into the Gehenna of fire.

10. See to it that you do not dispise one of these little ones. I say to you, for their Messengers in heaven at all times see the face of my Father who is in heaven.

11. For the Son of man has come to save that which was lost.